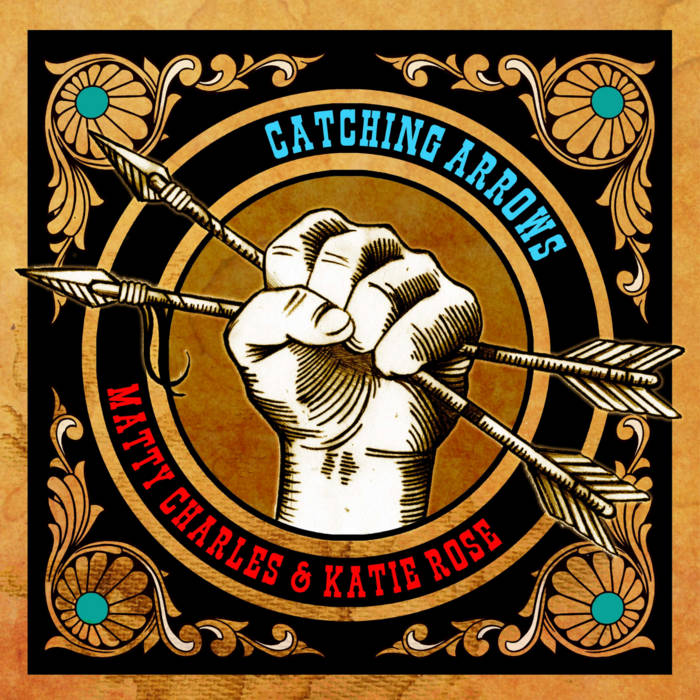 Matty Charles’ gift for songwriting is the backbone of this dynamic duo. The honesty and simplicity with which he explores themes of love, loss and longing is poignant and captivating.

His lyrics “bring to mind Johnny Cash, ...(and at) other times a less twangy Robert Earl Keen. An instant classic.” (Acoustic Guitar Magazine)

“Instead of songs about sadness that leave listeners feeling alone, Charles’ lyrics and smooth guitar riffs wrap their arms around his listeners and hold them tight.” (SF Reporter)

Katie Rose brings a new dimension to the exceptionally strong foundation that Charles has created with his remarkable songwriting by building upon the framework of these songs with her insightful arrangements and diverse harmonies, often haunting and unexpected.

The duo is honored to have worked on their new release Catching Arrows with legendary musicians, Nick Forster on mandolin, tenor and electric guitar, David P. Jackson and Arcellus Sykes on the upright bass, Joel Savoy on fiddle and guitar and Kevin Major on drums.

Nick Forster is a member of the GRAMMY nominated bluegrass band, Hot Rize. He is also founder, producer and host of the radio show, E Town, based in Boulder, Colorado

David P. Jackson, an original member of Dillard and Clark, and Hearts and Flowers, has played and sung with such luminaries as Kenny Rogers, Hoyt Axton, Jackson Brown and Dwight Yoakam. The California Country Music Association honored Jackson as best instrumentalist.

GRAMMY award winning musician, Joel Savoy is the founder of the Louisiana based label, Valcour Records. He is also a two time winner of the Cajun French Music Associations Fiddler of the Year award.

THANKS TO THESE MUSICIANS WHO
CONTRIBUTED SO MUCH TO THIS
RECORDING!