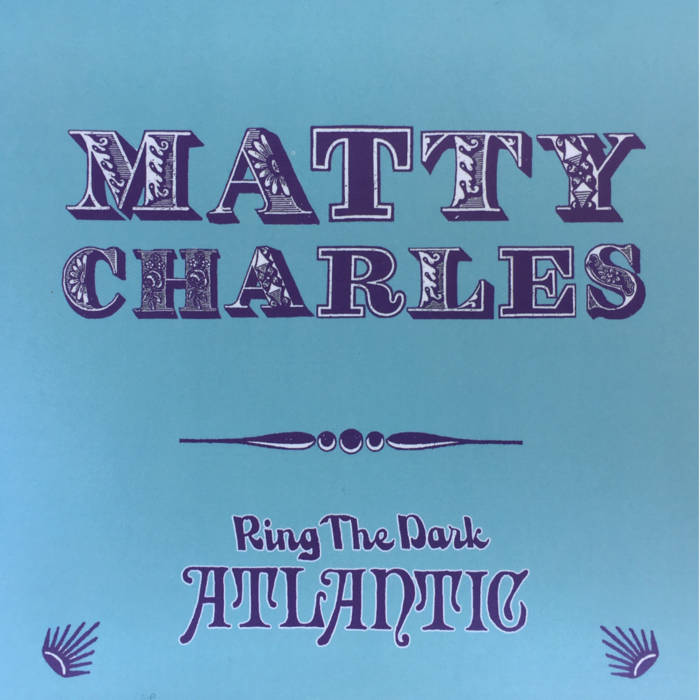 Ring The Dark Atlantic is a departure from Charles' other recordings in that it is experimental, atmospheric and has deeply layered sound arrangements. Contained within this album are songs (in the traditional sense) but there are also instrumental pieces with recurring themes that come in and out of this dream-like landscape.

This recording was Charles' attempt at cutting loose from many of the musical conventions he has structured his songs around. There are elements of the classical, country, doo wop and psychedelic genre and they are mostly jumbled together in a sonic, stumbling stroll, the likes of which one might undertake after some kind of psychotic episode.

This album casts a spell.
It's a cloudy day album, a dream in grey-gold, one of those dreams where you've known everyone forever but everything's so new. There's vaudeville, voices from beyond the grave, seagulls. A little William Blake, a little Hank Williams, some muses known only to Matty Charles. The songwriting is, as usual, plain breathtaking.

I've been singing some of these songs to myself for months and they just grow richer and sweeter. Do yourself a favor and bring them home too.
- Caro K.

I love it!
I agree with Matty that it is a departure from his other cds. It is a departure in a good way in which he adds new elements to his pristine style. I discovered his music by happenchance at Pete's when he was playing on the same night as a long time friend was playing. It was a great musical discovery imo!!! - Janice Marie Foote